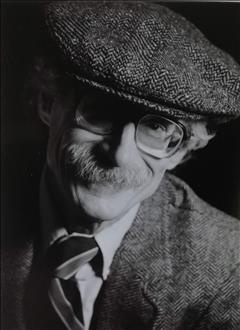 O’Mara “Whizzer” White, age 78, died June 24, 2021 at his home in Tulsa, Oklahoma. He was born August 29, 1942 in Louisville Kentucky. His father’s job took him to Westfield, New Jersey where he graduated high school in 1960. He finished his degree in chemical engineering at the University of Arizona and received an MBA from UCLA.

O’Mara first worked for Amoco in Long Beach, California followed by other chemical companies, but found his passion in teaching. He taught science in San Diego; marketing at Eastern Illinois University; math at St. Theresa High School in Decatur, Illinois; Biology and Chemistry at Cascia Hall; and finally Physics, Chemistry and Physical Science for 25 years at Catoosa.

His career reflects his love of science, which complemented but did not overshadow his love for his Lord and Savior Jesus Christ. Since the age of 14, he spent most of his free time studying and enjoying the Bible. He saw science explained with the Bible and would hold “creation vs. evolution” debates in the classroom. As a student he was active in many youth groups growing up that helped deepen his understanding of the Bible, later developing a relationship with Henry Morris of the Institute for Creation Research.

All of O’Mara’s students heard about the Lord and were schooled in John 3:16 – “For God so loved the world, that he gave his only begotten Son, that whosoever believeth in him should not perish, but have everlasting life.” He cared about them and wanted to give them the most valuable thing he had to offer… the Truth.

He leaves behind his wife Patricia Ann (Albin) White, son Daniel O’Mara White, and daughter Candacee Anne White. He is preceded in death by his parents O’Mara White Sr. and Elizabeth (Stephens) White.

To order memorial trees or send flowers to the family in memory of O'Mara White Jr., please visit our flower store.