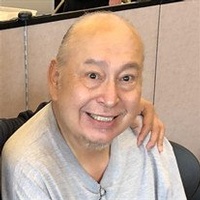 Owen (Jay) Echo-Hawk II was born March 27, 1951 in Pawnee, Oklahoma. Jay passed into eternal life from natural causes on December 30, 2018 in his home town of Tulsa, Oklahoma.
He joined the Army in 1970. Jay received a Medical Defense Service Medal, Vietnam Service Medal w/2 Stars, and Vietnam Campaign w/60 Device. He was a Medical Corpsman, Medical Specialist & Clinical Specialist and was Honorably Discharged October 1975 from the United States Army Reserves.
Jay served in the US Postal Service for over 40 years.
Jay is survived by his wife, Carlene; his sons Owen Echo-Hawk and his wife Jennifer Nott , and Reed Echo-Hawk, and daughter, Raylene Echo-Hawk; and his stepchildren, Yonoah, Ecoecle, Ekaese & Genesia; and fourteen grandchildren. He is also survived by sisters, Juanita and husband Don Neconie, Sherry and husband Jim Taluc, and his brother Jerry Echo-Hawk. Jay is preceded in death by his parents, Owen Echo-Hawk Sr. and June (Keys) Echo-Hawk; sister, Alice D. Echo-Hawk; and his son Lamont Echo-Hawk. Jay loved the outdoors. He was a hunter, fisherman, bow hunter and had a small sporting goods store in the back of his car. He taught many the ways of the outdoorsman. He was always playing with his grandkids outside and inside. He loved to cook and had a passion for the grill. He baked brownies and cookies and took them to work. A co-worker complained she never had some of his cookies so he made the effort to get her some. He always loved helping others and he loved to give.
Jay was a formidable pool player and traveled out of state to compete in tournaments. He could "Run the Table" apparently without effort.
Jay's smile, hugs and his humor will be sorely missed.
A wake/visitation will be held 9:00 AM - 8:00 PM, Friday, January 04, 2019, at Kennedy MidTown Funeral Home, 8 North Trenton Avenue, Tulsa, Oklahoma.
A Celebration of Life Service will be held 10:00 AM, Saturday, January 05, 2019, at the Kennedy MidTown Fuenral Home Chapel, 8 North Trenton Avenue, Tulsa, Oklahoma.
Announcements Owen (Jay) Echo-Hawk, II March 27, 1951 - December 30, 2018
1. After the Tulsa service, we will move Jay to the Pawnee Roundhouse in Pawnee, Oklahoma
2. 1:30 PM, the Roundhouse service will start
3. Following the Roundhouse service, we will take him to the Tribal South Cemetery for burial
4. Following the Cemetery service, return to the Roundhouse for a Pawnee Traditional Feast
Explanation- When we get to Pawnee we will use our Pawnee ways and traditions. You are welcome to eat with us and be a part of our good, ancient tribal ways. Jay belonged to the Pawnee Band of Kitkehahki - "Small earth lodges" A tight family unit is our tradition. It is our way. It will always be our way.

To order memorial trees or send flowers to the family in memory of Owen Echo-Hawk, please visit our flower store.