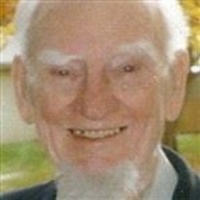 August 11, 2011 Paul L. DeCorte, Sr., 88, entered eternal life July 25, 2010 in Tulsa. He was born November 11, 1921 in Robinson, IL to Fred Lowrance and Margaret Josephine DeCorte. Paul served his country honorably in the U.S. Navy. He married Marie Pearl (Smith) July 3, 1940 in Tulsa. A longtime wholesale electric lighting salesman, Paul often appeared as Uncle Sam. He enjoyed restoring old cars and trucks and tending to his lawn and many other projects. He was preceded in death by his wife and is survived by his loving son Paul DeCorte, Jr. and his wife Carol; daughter Clair Mathis, all of Tulsa; 7 grandchildren, 12 great-grandchildren and 4 great-great-grandchildren; and brother Ernest DeCorte and his wife Marilyn of Virginia. Bequests may be directed to offset his final expenses. Visitation: 6-8PM Wednesday, July 28; service: 9AM Thursday, July 29 at the Chapel;
interment: 11AM Ft. Gibson National Cemetery in Ft. Gibson. Kennedy-Amis-Kennard Funeral Service, 251.5331.

To order memorial trees or send flowers to the family in memory of Paul DeCorte, please visit our flower store.