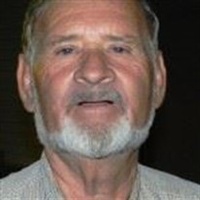 April 22, 2014 Paul Cecil Roberts of Tulsa, 63, entered eternal rest on April 15, 2014. He was born on January 11, 1951 to Ira J Roberts and Gladys Baker in Tulsa, OK. Paul graduated from Union High School and by trade was a backhoe operator. He really enjoyed spreading the word of God, drag racing and playing the guitar. Preceded by his daughter, Stephanie Roberts, three sisters, one brother and several nieces and nephews. Paul is survived by his loving children: Travis Roberts and his wife Kimberly of Catoosa and LaKrisha Schubert and her husband Robin of Catoosa; grandchildren: Travis, Sylvia and Abigail Roberts, Shawn and Dalton Schubert all of Catoosa, as well as numerous brothers and sisters. He will be missed dearly by many. Visitation: 10AM-10PM, Friday, April 18, Kennedy-Kennard Chapel
Services: 10AM, Saturday, April 19, House Of Prayer Holiness Church, Tulsa, OK. Kennedy-Kennard Funeral and Cremation
202 East Oak Street, Catoosa, OK
918.266.2112
kennedycares.com

To order memorial trees or send flowers to the family in memory of Paul Roberts, please visit our flower store.