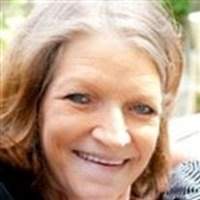 July 24, 2012 Born into the world on November 24th 1956, Penny Dietz passed away, on July 20th 2012, at St. Francis Hospital in Tulsa, OK. She is survived by her kids Jake Maness and Adena Martin of Oklahoma City, OK, and Ryan Faith of Stillwater, OK. She is also survived by her mother Doris Conner and her father Robert Burns. She has five sisters: Robby, Rosie, Becky, Renita, and Raquel. And, she has four brothers: Bobby, Rodney, Ricky, and Ronnie. Penny Dietz worked hard in administration the majority of her life for companies such as Texaco, the City of Tulsa, the State of Oklahoma, and Worldcom. Penny loved life and lived it with a care free attitude and a loving spirit. She is preceded in death by her best friend in life Doug Maness and her husband Eric Dietz. Penny will continue to be loved and her presence will be missed by many.

To order memorial trees or send flowers to the family in memory of Penny Dietz, please visit our flower store.