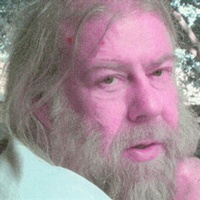 Earl Randolph Worden "Randy" was born in Tulsa, Oklahoma to Esther and Charles Worden on March 15, 1953. Randy served honorably in the Navy until 1973. He went on to receive his Bachelor's Degree in Engineering from Oklahoma State University and began working for companies such as Flight Safety, Boeing and Nordam, where he designed airplane, aeronautic and military equipment. Randy took two long walks each day, enjoyed playing chess and putting together puzzles. He loved his two cats Gracie and Casper, taking long scenic drives, gardening and meals shared with loved ones. On December 31, 2016, Randy passed away in Tulsa at the age of 63 with his dear friend and neighbor by his side. He was preceded in death by his parents Esther and Charles, brothers: Dennis and Roger, 10 aunts and uncles and his love Becky. Randy leaves behind to cherish his memory, son: Jason Worden, 5 aunts and uncles, loved ones: Asher and Lance, at least 34 first cousins, 70 second cousins, many third cousins and many other close friends. Randy was loved by all and will be greatly missed.

To order memorial trees or send flowers to the family in memory of Randy Worden, please visit our flower store.