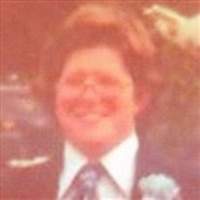 October 27, 2013 Raymond August Meissner, 57, of Tulsa entered into eternal life on October 22, 2013. He was born on March 20, 1956 in Pawnee, Oklahoma. Raymond was preceded in death by his father Quentin Ray Meissner, his mother Letha Marie Back, and his sister Vicki Lynn Meissner. Raymond is survived by his son Jamie Mathis, his brother: Bob; his sister-in-
law: Cheryl; uncles: Lewis and Wayne; aunts: Ruby, Nettie, and Carol; five nieces; one nephew; eight grand nieces; seven grand nephews; and a multitude of cousins all of whom loved him very much. Raymond was always willing to help any family member or friend. He was charitable with his time and money. He could be depended on to help anyone who asked. He would give his last dollar if someone needed it. Raymond was a lot like his dad; short, solid, and strong as a bull but always with a smile if you needed one. Raymond was not a trained mechanic but he learned to repair a wide variety of vehicles and equipment. He replaced the transmission of his first car when he was only thirteen. He liked to work on anything mechanical. He attended two semesters at the Missouri Institute of Technology training as a communications repairman, and then trained as an Emergency Medical Technician, but neither profession was what he was seeking. He was most happy working in factories. He enjoyed the satisfaction of producing quality products and was proud of that ability. Raymond did not have many hobbies; he seldom joined in when the family was playing cards, dominoes, or board games, but he did like to sit nearby and join the conversation. He really liked to go to the casino to feed the slot machines. They seldom went hungry when he was there. Visitation: Friday, October 25, 2013, 6-8PM, Kennedy-Kennard Chapel; graveside service: Saturday, October 26, 2013, 11AM, Lawson Cemetery, Yale, OK Kennedy-Kennard Funeral and Cremation, 918.266.2112, 202 East Oak Street, Catoosa, OK, Kennedycares.com

To order memorial trees or send flowers to the family in memory of Raymond Meissner, please visit our flower store.