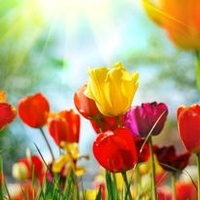 Rhonda Gay Martin Parker graced this earth with her presence on March 27, 1958 in Oklahoma City Oklahoma. She was entrusted by God to the care of Wesley Orin and Madeline Martin. Her desire in life was to be a servant of God and selflessly touch as many hearts as she could. In 1970 she met a boy in church who nine years later would become the man of her dreams. This man, named David Parker also known as her Big Bambino, Crappie fishing extraordinaire, hunk a hunk of burning love etc. would become her husband just six short months later. Their love was like no other. Nine years after they were married, they welcomed a baby girl named Breanna and three years after that, a son, Austin. Rhonda spent her entire life devoted to her family and raising them up in the ways of the Lord. She was and will always be known for her unwavering faith in God, her desire and success in always staying a kid and finding humor and laughter in everything she could as well as playing hide & go seek, flashlight tag and card games with her family. She was preceded in death by her father Wesley Orin Martin and her younger brother Jesse Nathan Martin. She is survived by her husband David Parker, daughter Breanna, son Austin, two grandchildren, Parker and Alexis, her mother Madeline Martin sister Cheryl (Frank) Beverly, brother Durand (Jerlean) Martin, brother Eldon (Merlene) Martin, and an abundance of amazing nieces and nephews, great nieces and nephews and a few great greats as well.

To order memorial trees or send flowers to the family in memory of Rda Parker, please visit our flower store.