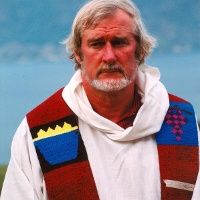 Rev. Thomas McSherry died June 5, 2019, in Yankton, S.D. Father McSherry was born on May 28, 1945, in Flushing, N.Y., to Francis and Mary (Rooney) McSherry. After attending Saints Peter and Paul School in Tulsa and Saint Francis de Sales Seminary in Oklahoma City, he earned a bachelor’s degree at Cardinal Glennon College, a master’s degree in divinity at Saint Meinrad Seminary and master’s degrees at Indiana University and the University of Oklahoma. He was ordained a priest at Saints Peter and Paul Catholic Church in Tulsa on May 22, 1971, by Bishop Victor J. Reed.

He faithfully served the Diocese of Oklahoma City and Tulsa, and later the Archdiocese of Oklahoma City, for 48 years. Father McSherry served as pastor at Saint Robert Bellarmine, Jones, and Saint Theresa of the Infant Jesus, Luther (1978-83); Saints Peter and Paul, Hobart (1983-84); Saint James the Apostle, Santiago Atitlan, Guatemala (1985-2001); and Saint Patrick, Oklahoma City (2002-19). He served as associate pastor at Saint Joseph Old Cathedral, Oklahoma City, (1971-74); and The Cathedral of Our Lady of Perpetual Help, Oklahoma City (1974-75). He also served as chaplain of Mount Saint Mary Catholic High School, Oklahoma City (1975-79). He served the archdiocese in many other capacities over the years, including as director of the Saint Joseph Home in Oklahoma City and director of the archdiocese’s Drug and Alcohol Program. Father McSherry was most known for his dedication as pastor of the Oklahoma mission in Guatemala, returning to the mission four years after Blessed Stanley Rother was martyred there. He served the people of the Diocese of Sololá for 17 years.

Father McSherry was fluent in Spanish and Tz’utujil, the local dialect in Santiago Atitlan. He served on the Priest Senate and the Justice and Peace Committee for the archdiocese. He was chosen to present the first-class relic of Blessed Stanley Rother at his Rite of Beatification in 2017.

He is survived by his brothers Francis, Michael and Christopher and his sisters Mary Anne, Patricia, Virginia, Noreen and Kathleen. He was preceded in death by his parents and his brother John and sister Eileen.

The Vigil Service will be at Saint Patrick in Oklahoma City at 7 p.m. on Wednesday, June 12 with Father Bill Pruett presiding. A Mass of Christian Burial will be celebrated at 10 a.m. on Thursday, June 13, at Saint Patrick. Archbishop Emeritus Eusebius Beltran will be the main celebrant and longtime friend Father Andrew Kelly will be the homilist. A memorial service will be held at Noon on Friday, June 14, at Christ the King in Tulsa with burial following at Calvary Cemetery in Tulsa. Kennedy Midtown Funeral and Cremation Services in Tulsa is handling funeral arrangements. In lieu of flowers, donations can be made to Saint Patrick’s Juan Diego Society.

To order memorial trees or send flowers to the family in memory of Reverend McSherry, please visit our flower store.