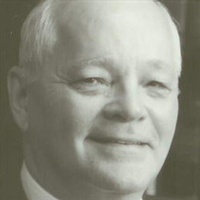 Richard (Dick) Charles Honn peacefully entered the gates of Heaven on January 19th, 2017. He was born in Hutchinson, Kansas, on December 20, 1934, along with his twin sister Dixilee Honn. He was the son of Knowlton Charles (Lefty) Honn and Jeanne Hercules Honn. His family consisted of six sisters and five brothers. The family moved with the pipeline his father was employed by. He attended High School in Hugoton, Kansas. While in High School there, he played the role of an attorney in a school play. He knew from that time, that he wanted to be a lawyer. He attended college for two years at Ft. Hays State College in Kansas. He entered the Army in 1959, spending two years in Germany, before moving to Tulsa to pursue a law degree at the University of Tulsa Law School. He attended school at night while working fulltime in the Accounting Department of Oklahoma Natural Gas. He received his law degree in May, 1963, and soon joined the law firm of Rogers, Donovan and Rogers. He and Dan Rogers remained friends and law partners for nearly forty years, until Dan retired. In 1966, he wed Nancy Brooks and was the father of four children. Michael Charles Honn, deceased infant, Julie Ann Honn Skidmore, Leslie Diane Honn, Steven Mac Honn, deceased infant. He was a loving dad and proud of his daughters.
He was an avid reader of mysteries. He enjoyed pitching horseshoes with his father and brothers, bringing home many trophys from the tournaments he entered. He later switched to Raquet Ball and handball which he excelled at, and played at least three afternoons a week for close to twenty years.
He retired from the practice of law at the firm of Secrest and Hill, at the age of seventy-
nine, and enjoyed spending time with family and friends. He enjoyed attending the annual HONN reunion, held Memorial Day weekend each year for fifty-three years. He took great pride in the chicken he fried each year as it quickly disappeared from the platter!
He is survived by former wife, Nancy, daughters Julie Skidmore and husband Mike, daughter, Leslie Honn, and grandaughters, Emily, Elizabeth and Mariah Skidmore.
He is also survived by his six sisters and five brothers.

To order memorial trees or send flowers to the family in memory of Richard n, please visit our flower store.