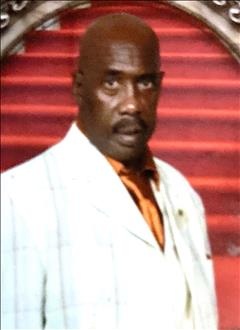 Robert Cornell Davis was born to Allen J. Davis and Mary Lucille Davis on June 23, 1949 in Tulsa, Oklahoma . Robert was given the Nickname “ Bobby Dye” and was well-known through out the Nation. Robert was educated in the Tulsa Public School System and graduated from Booker T. Washington High School class of 1967. Robert was a self – employed the majority of his life. Club Owner , and Owner of Bobby`s Records also worked for American Airlines. Robert was smart with a lot of charisma, known to be outspoken on what he was passionate about and what he believed in. The best way to describe Robert “Bobby Dye” Davis is that he was going to keep it real and share knowledge with you from his personal experiences .

Robert is preceded in death by his father Allen, mother Mary Lucille, brothers James, Clark, Gerald, John, Kenneth and sister Joanie. He is survived by his sons Robert C. Daniels II, Demetrius Hill, Jeremy Crooms, Christopher Nusbaum and his daughter Melisha Daniels. Grandchildren Damion, Dannon and Daynese Daniels and Paxston Henderson. Siblings Gregory, Brenda, Ronnie, Joe and Geraldine as well as great grandchildren, host of nieces and nephews and friends. Bobby will forever be remembered and missed by those who loved him

To order memorial trees or send flowers to the family in memory of Robert Davis, please visit our flower store.