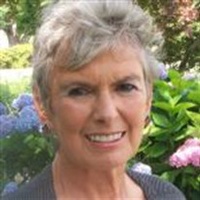 December 3, 2012 Rosa Jane Shockey of Bixby, 74, passed away November 27, 2012 in Tulsa. She was born January 20, 1938 in Pocatello, ID to Joseph John and Eleanor Jane (Ballantyne)
Cusano. Rosa was an amazing woman in many ways. View Memorial Video She graduated from Middletown (OH) High School where she was a Homecoming Queen finalist. After graduation she attended the University of Cincinnati for four years where she studied fashion design and art. A fabulous artist, she had her own studio during the 1960's in Cincinnati and enjoyed sharing her talent with her children and grandchildren. She was a fashion-forward lady who enjoyed art, dancing and reading. Rosa owned her own public relations and marketing company with two other women for more than 10 years in Springfield, Missouri. While living there she was very involved in public radio and television. In 2000, Rosa was selected as one of the Top 10 Most Influential Business Women in Green County, MO . She served on the Boards of Directors for PRSA in Kansas City, MO, Missouri Humanities Council and Oklahoma Parkinson's Disease Association Chapter in Tulsa. Rosa married Dale Shockey August 30, 2003 in Overland Park, KS. They attended Middletown High School together. She was preceded in death by her parents; son James Henry Archibald; and uncle Tom Ballantyne. Rosa is survived by her loving husband Dale Shockey of the home; daughter Diane White and her husband David of Tulsa; stepdaughters: Joni Chapman of Ft. Myers, FL, Lee Ann Otte of Middletown, OH, Sue Ann Shockey of Clearwater Beach, FL, Meshelle Bishop of Independence, MO, and Brittany Emily of Green Valley, MO; grandchildren: Jameson White and Bailey Fryer, both of Tulsa; 7 step-grandchildren; and 6 step-great-grandchildren. Bequests may be directed to OPDA. Memorial service: 11AM Saturday, December 8, 2012 at the Oklahoma Jazz Hall of Fame. Kennedy-Midtown Funeral & Cremation, 918.559.7799, kennedycares.com. Rosa Jane Shockey Memorial Video http://youtu.be/9q5juFQ4wnA

To order memorial trees or send flowers to the family in memory of Rosa Shockey, please visit our flower store.