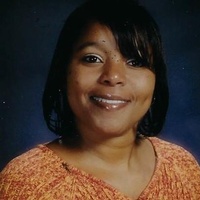 On October 14, 1977, Charles and Beverly Jackson were blessed with a baby girl whom they named Taneshia. Taneshia was the third of eight children. From an early age Taneshia found enjoyment from her family, cooking, and arts and crafts. As she grew older she found a love for teaching.

Before teaching Taneshia was a mother. She loved her children dearly and was blessed with four boys, whom she called her four treasures: Jamarkko Jackson, Marquis Goodou (Debo), Markell Goodou (TT) and Marvin Goodou Jr. (Pudah). She loved to spend time with her family and friends, especially her children and grandchildren: Ty'Rell, Jamarkko Jr., Justice, Desziree, and Meeona.

In 2001, Taneshia was able to achieve her goal of teaching. She was a teacher's assistant with Tulsa Public Schools, Disney, Chouteau and Owen Elementary Schools during her career.

To order memorial trees or send flowers to the family in memory of Taneshia Jackson, please visit our flower store.