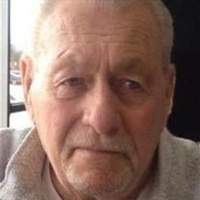 William "Bill" Dale Evan Dalsing, 86, left this life on Friday, March 2, 2018 at home in Sapulpa, OK.
He leaves his daughter, Dana Dalsing Smith; son Darin Dalsing and wife Bonnie; son Will Dalsing and wife Tasha, granddaughters Lauren, Regan, Risa, Madison, Evan, Alayna, and Audrey, grandsons Dylan, Scout, Owen, Landon and 2 great grandchildren Kylie, and Maddie.
Born in Ochelata, Oklahoma January 30, 1932 to William Dalsing and Wilma Murray Dalsing. Bill was an only child and spent his early years in Coffeyville, KS.
In 1965, Bill made his way to Tulsa, Oklahoma and began his long time career with American Airlines. He had many positions at American including tool & die, machinist, and equipment purchasing agent.
Bill was loved by many and will be missed dearly.
A private memorial service for family members will be held at a later date.

To order memorial trees or send flowers to the family in memory of William Dalsing, please visit our flower store.