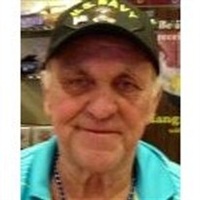 February 8, 2014 William Edwin Walker Jr. of Claremore, 70, entered into eternal life on February 5, 2014. He was born on August 10, 1943 to William Elton and Eileen Mae Walker in Anderson, Indiana. A Structural Engineer by trade, after retiring Bill came to Claremore Oklahoma and took a position with Owasso schools. From that point on Bill was known as the fuel man by the many friends he had made. Preceded by his children: Scott and Kimberly Walker. Bill is survived by his loving wife: Debbie; son: Stephen and his wife Amy Broughton of Austin, TX; sister: Lilia Jean Bracken of FL; granddaughter: Meggan and her husband Joe Blevins of CA; and great-granddaughter: Kara Blevins of CA. Services:
10AM, Monday, February 10th, 2014
Kennedy-Kennard Funeral and Cremation
202 East Oak St, Catoosa, OK
918.266.6165
kennedycares.com

To order memorial trees or send flowers to the family in memory of William Walker, please visit our flower store.